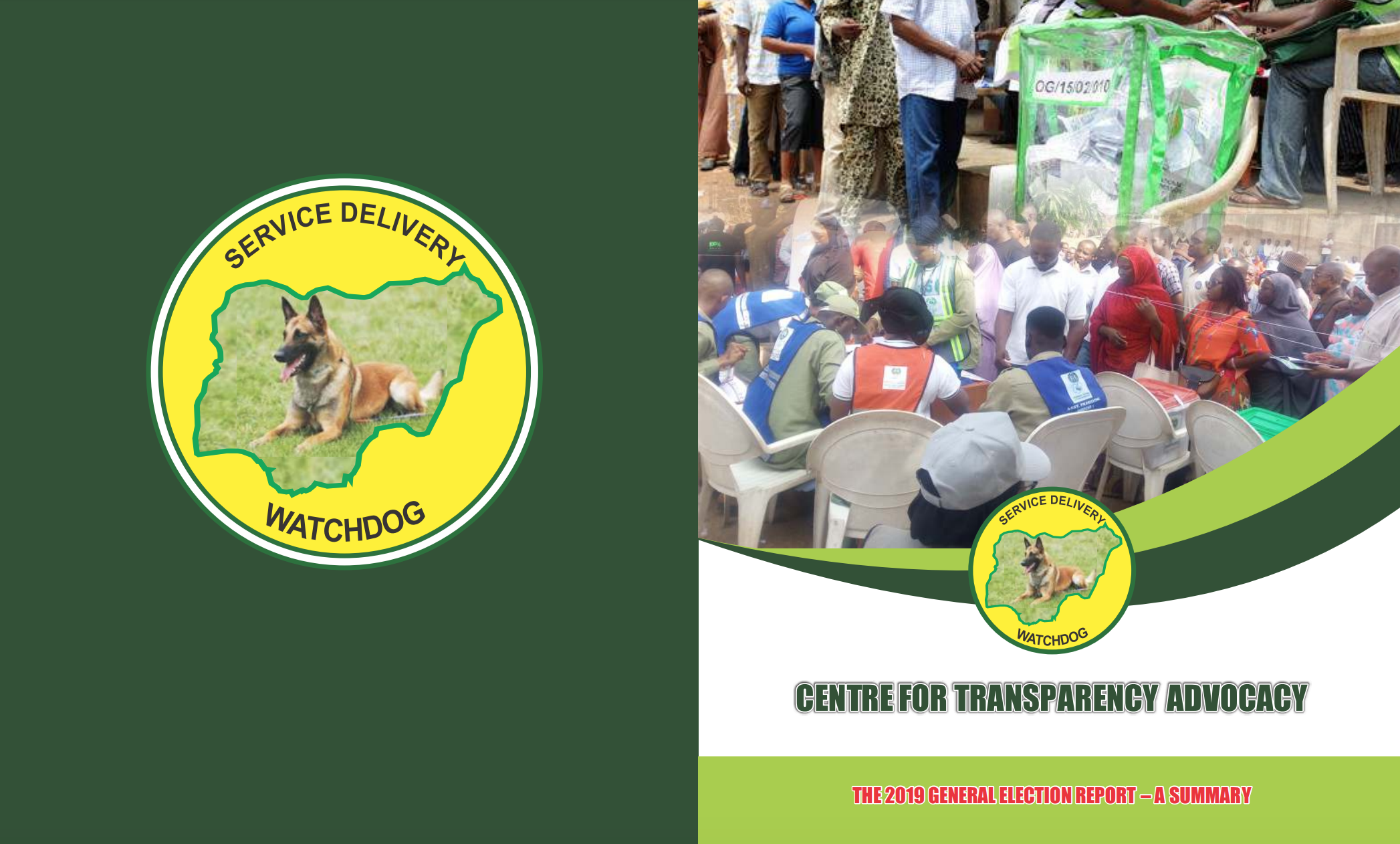 The 2019 elections that are the subjects of this report are elections conducted by the
Independent National Electoral Commission (INEC) into Federal and State offices.
The elections for the federal offices consist of the election for the office of the President of
the Federal Republic of Nigeria and the election for seats into the two-chamber National
Assembly comprising the Senate and the Federal House of Representatives. The
President is the Head of State and the executive head of the national government. The
election for the office is conducted throughout the country as one constituency, while
election into the 109-member Senate and the 360-member House of Representatives is
conducted in various federal constituencies throughout the country, including the Federal
Capital Territory.

Download
Previous Post CTA INTERIM REPORT ON THE GOVERNORSHIP, STATE HOUSES OF ASSEMBLY AND FCT ELECTIONS ON MARCH 9, 2019
Next Post CENTRE FOR TRANSPARENCY ADVOCACY (CTA) IN A ROUNDTABLE MEETING TOWARD ELECTORAL REFORMS IN NIGERIA