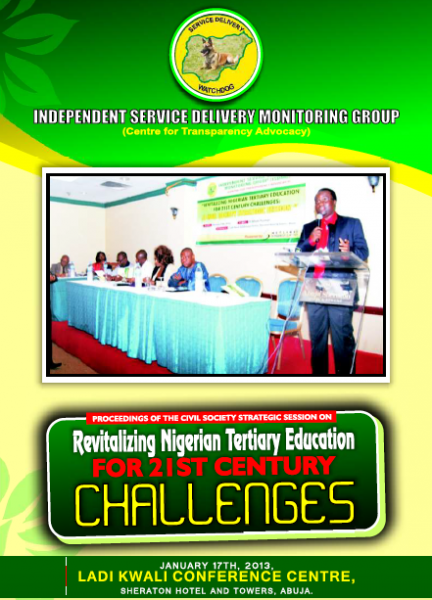 result countries concerned with their long term development continue to pay important attention to their educational system in terms of quality, access and relevance to its economy. This is more so in the 21st century where the strength of countries and economies are increasingly being
based on their knowledge base rather than the size of natural resources and endowments. In Nigeria, almost on a daily basis, the nation is confronted with the reality of the falling standard of education as exemplified in mass failures in public exams and poor quality of graduates from the nation’s tertiary institutions. While various interventionist efforts are made to address the decline in the standard of education, these responses appear episodic and often defeated by the lack of genuine political will to restore the lost glory of Nigerian educational system.