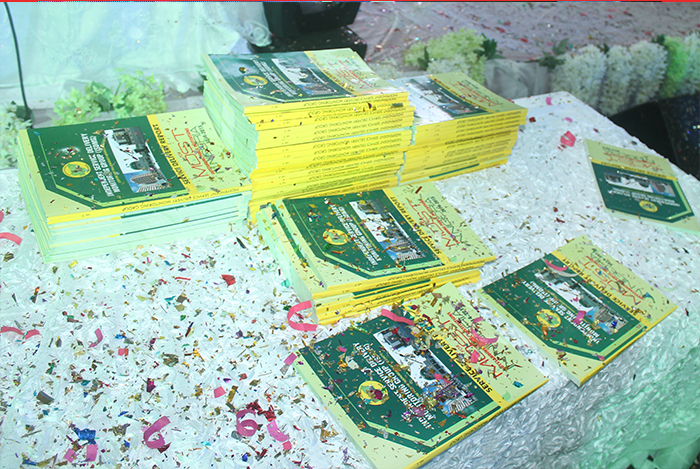 On December 14, 2013 in Abuja, the INDEPENDENT SERVICE DELIVERY MONITORING GROUP (CENTRE FOR TRANSPARENCY ADVOCACY) organised a one day Roundtable for Civil Society Organisations (CSO Roundtable) on the proposed bill to establish the Nigeria Financial intelligence Agency (NFIA). Nigeria, being party to the United Nations Convention against Corruption (UNCAC) 2005, has an obligation to ‘establish a financial intelligence unit (FIU) that serves as a national centre for the receipt and analysis of suspicious transaction reports; and other information relevant on money laundering, and terrorist financing for dissemination of the results of the analysis to relevant agencies.’

Initiating the NFIA Bill therefore, is part of Nigeria’s efforts to fulfil its obligation as a member of the committee of Nations committed to combating financial crimes globally. Globally, the process towards the fight against corruption, money laundering and terrorism requires that member-nations set up independent financial intelligence units (FIU). Until recently, the Nigerian equivalent of FIU was the Nigerian Financial Intelligence Unit (NFIU) domiciled within the Economic and Financial Crimes Commission (EFCC) as a department within the Commission.

The establishment of this NFIU as a department within the EFCC has now been found to be inadequate in terms of its legal framework. The NFIU is currently member of the EGMONT Group of FIUs. The EGMONT Group is the global body that sets standards for FIUs’ operations and is made up of 139 FIUs from different jurisdictions/countries. NFIU was admitted in 2007 but is yet to meet up with the Group’s principles on confidentiality, security and operational independence of the FIU.

Several reports by the International Monetary Fund (IMF), GIABA, EGMONT Group of FIUs reflect the urgent need for the NFIU to have a different framework from the EFCC and to ensure that a budget is provided for the NFIU through the “appropriation budget” so as to ensure the security of information and data in the NFIU.

The international requirements based on the Financial Action Task Force (FATF) standards requires that the FIU should be the central body for ‘’receiving, analyzing and disseminating financial intelligence generated from reports submitted by financial, non-financial institutions and designated non-financial businesses and professions (DNBPs) as defined by the laws”.

The Egmont Group of FIUs, of which Nigeria is a member, requires that the following be in place for the FIU to be admitted as a member and to retain its membership, operational autonomy, independent funding, security of information and data, and ability to hire and screen staff working in the NFIU.

The CSO Round Table was therefore, organised to provide opportunity for civil society to critically examine the proposed bill, make inputs into it and strategize on how to make powerful representation during the Senate public hearing on the bill on Monday December 16 to ensure its eventual passage into an effective law establishing a credible, independent and effective agency that will strengthen the fight against corruption.

The Roundtable was attended by civil society organisations from all parts of Nigeria working on issues of corruption and transparency.

Walter Duru A Communication and Public Relations Consultant set the tone for the Roundtable with a lead presentation on ‘The NFIA Bill: All you need to know’ which gave an overview of the NFIA Bill and Nigeria’s obligation as a member of the Egmont Group of FIUs. This was followed by questions, contributions, and suggestions on how to amend the bill and strategies on how CSO can push to ensure the bill is passed in such a form that it does not become yet another meaningless law that will only serve sectional or narrow interest.

Although Nigeria has been a member of these Groups since 2007, Nigeria has failed to fulfil the promise it made to the Egmont Group regarding its commitment to ensure that the NFIU meets Egmont standards, consequently, following efforts in the past few weeks by the EFCC to take over the NFIU by force, the Nigeria’s FIU access to the Egmont global network of FIUs has been withdrawn.

The bill to establish this agency was originally introduced as private members bill but was later consolidated with an executive bill introduced by the President following the visit by the FAFT in December and this helped to fast-track the delisting??  of Nigeria from the …. However, two weeks ago, Nigeria was again delisted from…, after the invasion of the offices of the unit by EFCC operatives…???

After a critical review of the anti-corruption environment in Nigeria, participants expressed the following concerns.

PROPOSALS ON THE NFIA BILL

Participants critically reviewed the Bill and made recommendations to strengthen it. Civil society notes that certain factors have made it difficult for similar bodies not to function effectively and consequently recommended deliberate amendments and measures to ensure that the NFIA when established, functions effectively.

Participants observed, for example, that the SFU has not succeeded in checking fraud and corruption in the police because it is a part, rather than being independent- of the NPF just as the NFIU is part of- rather than external to and independent of the EFCC.

Participants agreed on the imperative of passing this Bill into Law so as to halt Nigeria’s ‘downward slide into the “high-risk jurisdiction list” and to prevent Nigerians from being further subjected to global ridicule and disdain in the committee of nations.

While we understand that the EFCC wants to maintain its hold on the NFIU, it is important that we place the national interest over and above any narrow and selfish interest.

Therefore, participants present the following recommendations to the Senate as it holds the public hearing on the NSFI Bill.

We believe that this law will also help to promote the rule of law as it will reduce the tendency by anti-corruption agencies to arrest people on mere suspicion before they commence investigations.

CSO is determined to engage on this Bill to ensure that it is passed into an effective law that serves the national interest.

Once the bill is passed, CSO will follow up with strategies and plans of action to ensure that the law is implemented. CSO commits to investing the same zeal in ensuring the implementation of the Bill when passed as it will in ensuring it is passed into a law.

Participants note that some people are struggling to frustrate the passage of the law or to water down its contents and make it ineffectual if eventually passed.

Participants will undertake concerted efforts with critical stakeholders to ensure that the bill is passed to check corruption and ensure that the prediction that Nigeria will break up in 2015 does not come to pass.

Section 22(3) subject to a review of an appeal under section 24 not section 23 as erroneously stated in the Bill.

The caption of section should read dissolve unit not agency

Section 9 (1) There shall be for the agency 3 persons to be nominated by the President to the Senate, and one person ratified by the Senate based on requisite qualification.

9 (4) (d) viii in case of resignation, based on petition, the senate should conduct investigation before the seat can be declared vacant.

11 (1) in place of other staff, use external experts

11 (4) should be based on the civil service salary structure especially the law enforcement level.

12 this section should be moved to part 3 section 9

15 © such monies should be from first line charges and secondly 2-5% as may be determined by the governing board, of recovered funds as funding for the agency

(d) Gifts should be stuck out

Instead of predicate use other offences arising therefrom or therein

Section 3 (2) shall consist of the nominees of the following

Section 4 (b) expunge subsection b

Section 21 (3) Agency may refuse to register somebody convicted of corruption under ICPC, EFCC Acts or related Acts or laws of the federation of Nigeria

Section 21 (5) the agency shall within 90 days after deciding to register the applicant, include his name and address in the register

Section 24 (6) where any of the parties is dissatisfied with the decision of the federal high court, further appeals shall lie with the court of appeal and supreme court

Section 28 (a) consult with relevant government agencies and deporting institutions in developing enforcement measures, guidelines and policies necessary for the mitigation of the risks of money laundering and terrorism financing

© ensure that reporting institutions put in place appropriate risks management systems and policies to identify and assess money laundering, terrorism financing in relation to the customer, transaction, country or geographical area, product and services involved in the business transactions.

Section 38 the president ‘shall’ make regulations and issue guidelines as are necessary, subject to the approval of the National Assembly and in consultation with the NFIA

Section 40 (1) must reapply and be confirmed by the senate

Agencies should include civil defence, immigration

Section 38 (1) replace Minister with the Board

Previous Post MOPIN Awards 2012-2013
Next Post A REPORT ON THE ACTIVITIES OF THE CENTRE FOR TRANSPARENCY ADVOCACY, 2011-2014